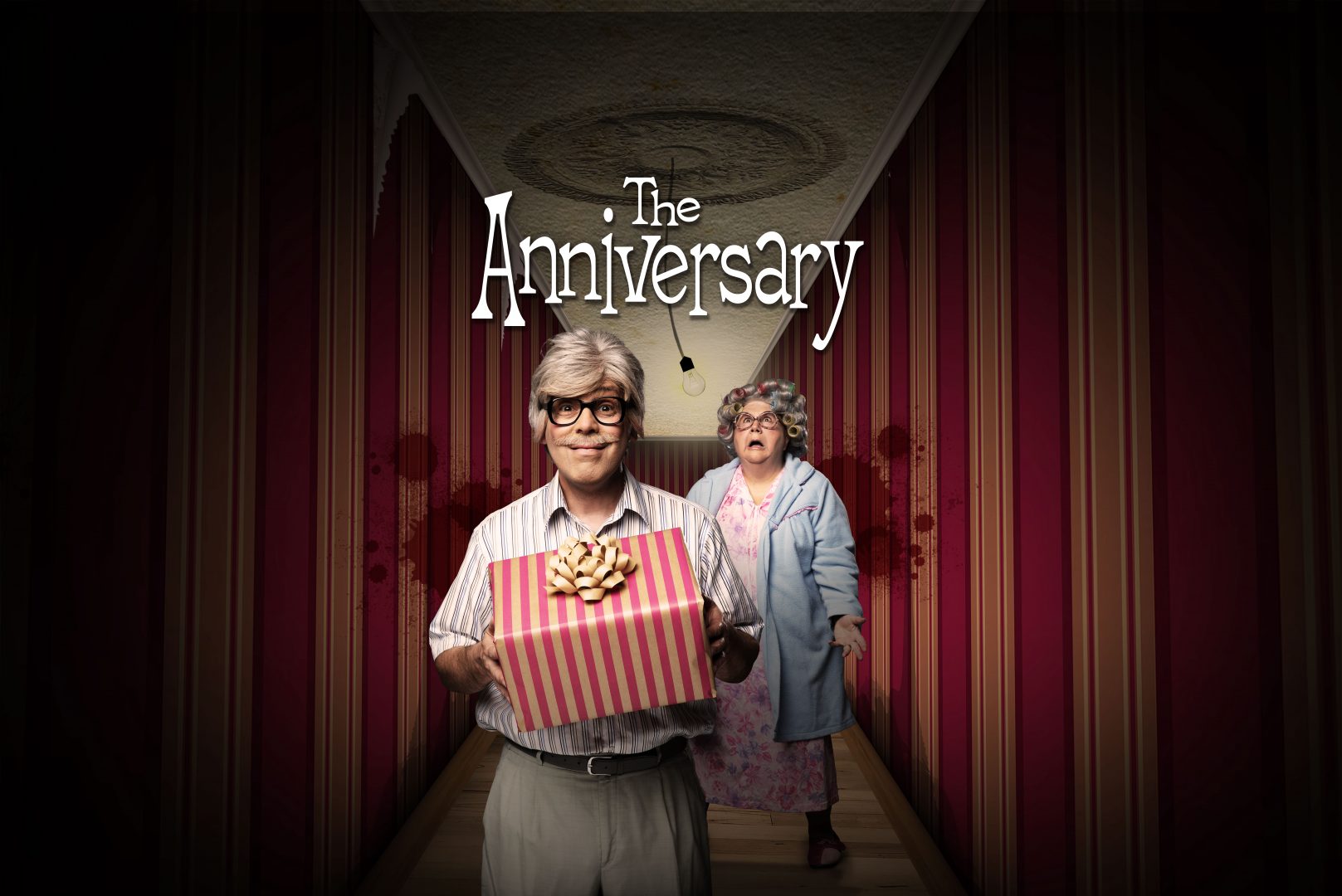 During 2019, Dan and Clare began developing a new work called The Anniversary working alongside director and co-creator Peter Haughton. This brand new show is about an elderly couple who hate each other so much they literally want to kill each other. Largely non-verbal, with beautifully choreographed physical comedy routines, think Beckett meets Wallace and Grommit.

In 2020 they continued working on the show and presented three ‘work in progress showings’ in at The Lyric Hyperion Theatre in LA and alongside the Handsome Little Devil’s Production Company in Denver. The Anniversary was due to premiere at Melbourne’s Malthouse Theatre in March 2020, but was postponed due to COVID. The show returned in February 2021 to Melbourne’s Fortyfive Downstairs, and despite a snap lockdown due to COVID coinciding with opening weekend, the show was able to go on for a few dates, including a one-night-only online livestream.

Dan and Clare awakened Jim & Barb for 2022, returning for the Melbourne International Comedy Festival, March – April 2022, and was part of Brisbane’s Circfest in April 2022. Read the wonderful review from Brisbane’s ‘Nothing Happens In Brisbane’, here.

More about the show.

You are cordially invited to Jim & Barb’s Golden Anniversary.

Don’t be fooled — this is no ordinary elderly couple. Leave your preconceptions at the door and expect the unexpected. The Anniversary is a physical comedy house party from hell!

Jim & Barb’s dreams for the perfect celebration of their love quickly fall away as they face the reality of a semi-century together. Put yourself in their shoes; after 50 years of marriage, can you imagine how much simmering resentment is about to boil over? They’re just about ready to kill each other!

Hold onto your hats for the most absurd and hilarious tailspin of a party like you’ve never seen before.

I’m not even going to mince words, The Anniversary is a physical comedy masterclass. The performances, direction, physical comedy, sets, props, puppetry – basically everything - combine to create a rollercoaster of a ride that had me crying with laughter throughout. If you are a fan of absurdist comedy, clown or dark humour, do not miss this one if it comes to a theatre near you.